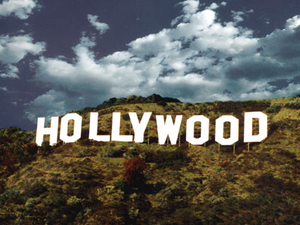 A Kosynier in Hollywood. Part 1

Blood makes noise.  I hear this on the XM radio as I point my car toward Mulholland Drive, the old snake of a road named for William Mulholland, the Irish engineer who brought water to Los Angeles.  Curling through the Hollywood Hills at sunrise, a bloody corona lights the eastern sky behind Mount Hood and the Hollywood sign.  Suzanne Vega is right, blood does make noise.  My blood has been making a racket lately, pounding on the question of my Kashubian ancestors and their Kosynier heroes.

The road back in time begins differently for every American.  We may be the only culture that expects everyone to have a story of ancestors having arrived on a ship from Europe in the 19th century.  The Potato Famine delivered so many hungry Irish to Boston that its Puritan legacy was converted in a generation to Catholicism.  The Lord’s Prayer had become Our Father, and St. Patrick had become the de facto patron of all New England. 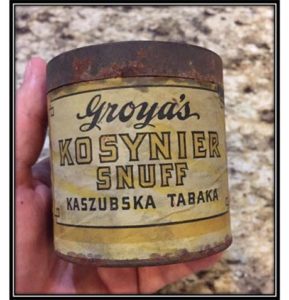 But my journey began with a can of snuff.  Perhaps the most arcane of tobacco products, snuff is a powdered concoction of fermented tobacco, herbs and spices.  It is inhaled or spread with a finger in the sides of the mouth, delivering a wallop of nicotine.  More addictive than even cigarettes, it became wildly popular in Europe beginning in the 16th century.

About a year ago, I received an email from my nephew, a tax attorney in Little Rock, Arkansas.  Browsing online at eBay, he came across an old snuff package for sale, and bought it.  There was a photo attached, of a rusty yellow tin the size of a mustard jar.  The label read, Groya’s Kosynier Snuff-Kaszubska Tabaka.  There was no question that it had been made by my great grandfather, in Chicago, before 1900.  And there it was on eBay, with snuff still inside.  It must have smelled like a corpse.

Marcin Bielawski
Hollywoodsnuff
We use cookies to ensure that we give you the best experience on our website. If you continue to use this site we will assume that you are happy with it.I understandRead more